Edward Snowden, who you should know by now is one of the biggest whistleblowers ever, has said that the NSA targeted reporters who wrote 'critically' about the government over the September 11, 2001 attacks in the US and warned it was "unforgivably reckless" for journalists to use unencrypted e-mail when discussing sensitive matters. 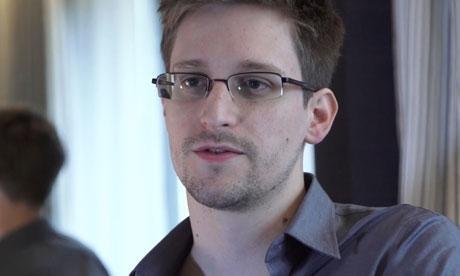 This is coming from an interview between Snowden and the New York Times Magazine, where Snowden said he came to trust Laura Poitras, a documentary filmmaker who helped report his disclosure of the NSA's spying programs along with Guardian reporter, Glenn Greenwald, because she herself had been targeted by the US spy agency.

Snowden said in the article: "Laura and [Guardian reporter] Glenn [Greenwald] are among the few who reported fearlessly on controversial topics throughout this period, even in the face of withering personal criticism, and resulted in Laura specifically becoming targeted by the very programs involved in the recent disclosures."

Snowden said that the NSA tracked Poitras' e-mails, and warned other journalists that they could be under surveillance. He continued: "I was surprised to realize that there were people in news organizations who didn't recognize any unencrypted message sent over the Internet is being delivered to every intelligence service in the world. In the wake of this year's disclosures, it should be clear that unencrypted journalist-source communication is unforgivably reckless."

He finished with: "After 9/11, many of the most important news outlets in American abdicated their role as a check to power - the journalistic responsibility to challenge the excesses of government - for fear of being seen as unpatriotic and punished in the market during a period of heightened nationalism."

Snowden is currently staying in Russia, as they granted him asylum. The US government is still on a mission to get the ex-NSA analyst back, so that they can put him on trial for espionage charges. Because, you know, the US government has never done anything wrong.