Flash Memory Summit 2013 - SanDisk announced that it would be enhancing its solid state drive lineup for businesses with the addition of a new power-efficient SSD. The SanDisk X210 SSD is a SATA-based SSD that SanDisk says is an ideal solution for IT professionals looking to maximize performance or enhance the responsiveness of the company's PCs and notebooks. 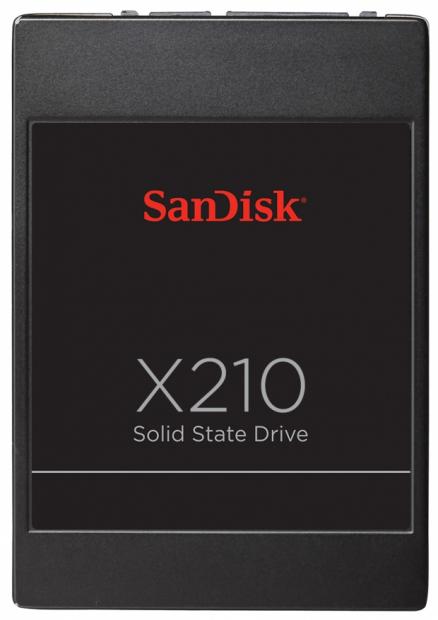 "Since launching SanDisk's commercial SSD channel earlier this year, we havereceived a tremendous response from businesses that have seen significant advantages from incorporating SanDisk solid state technology into their data center and workplace PCs and notebooks," said Tarun Loomba, vice president of Storage Solutions marketing at SanDisk. "Leveraging SanDisk's most advanced flash memory technology and smart power-saving capabilities, the X210 SSD is an exceptionally fast and cost-effective storage solution for this growing market, and a great addition to our SanDisk SSD portfolio."

The company says that the X210 SSD is optimized for businesses that need fast, consistent access to data, such as search engines and cloud storage providers. The company says that when used in micro- and entry-level servers, this new SSD offers increased responsiveness and sustainable performance in intensive environments, which notably reduces I/O bottlenecks. SanDisk says that the new 2.5-inch X210 SSD is available large quantities through the SanDisk Commercial Business Channel.