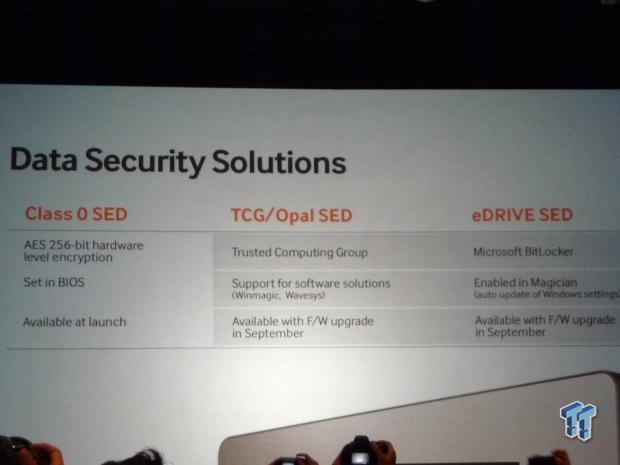 Class 0 SED is an important feature for businesses and end users who would prefer to only have the NSA steal their data. While we've had access to encryption for several years, hardware based encryption lessens the overhead and reduces the amount of resources needed from surrounding components.

A notebook is lost or stolen every few seconds in the world and the cost goes far beyond the price of the components physically lost. I would go as far as to say it should be mandatory for all businesses to use some form of encryption for all of their employee's notebooks.