I'm a huge fan of Google Now, using it on the daily, but the app has just been updated with some fresh features. Google have introduced a live TV feature and Google Offers to Google Now. 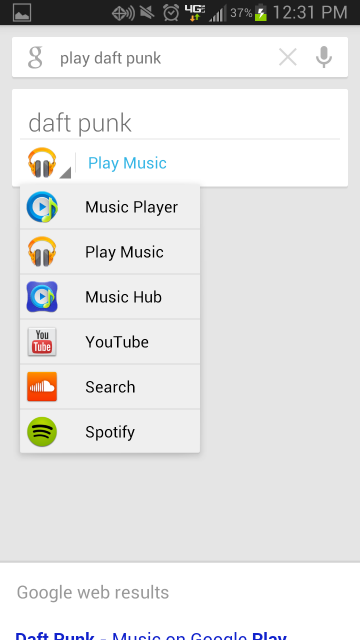 The TV cards work with Internet-connected TV's, where they'll display more information about what is currently playing on your TV. Users need to connect their Android-powered device to the same network that the TV is on, and then tap "Listen for a TV Show" in Google Now. This feature will show things like factoids about the show and profiles of the actors within the show.

The second feature Google Now received was Google Offers, which will keep track of your saved offers. If you're near a store where you've got an offer available, the Offers Card will pop up with a notification alerting you of the nearby savings to be had.

Google didn't stop there, as the third feature will allow you to play music from your phone by just using your voice. Giving your phone a command like "play" and then the artist or song, and you'll be greeted with the music you requested. This feature also works with third-party apps like Spotify and SoundCloud.