Computex Taipei 2013 - ASUS were showing off their TUF motherboards at Computex 2013, with four boards in the range. The first of which is the Mecha TUF, which uses the TUF Sabertooth Z87 motherboard with a striking design that is very robotic. 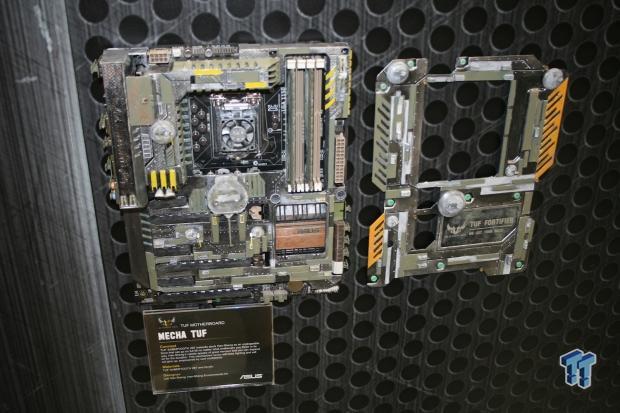 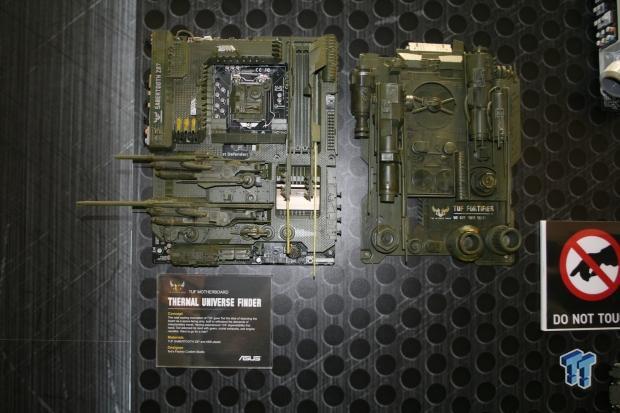 Moving on, we have the Thermal Universe Finder, which again uses the TUF Sabertooth Z87 motherboard and was designed by Tod's Factory Custom Studio and has loads of gears, rocket exhausts and all sorts of tank-themed goodies. The next board is the MATX Ranger, which uses the TUF Gryphon Z87 motherboard, Gryphon Armor kit and was designed by Lee Han-Sheng and Han-Sheng Environmental Art. 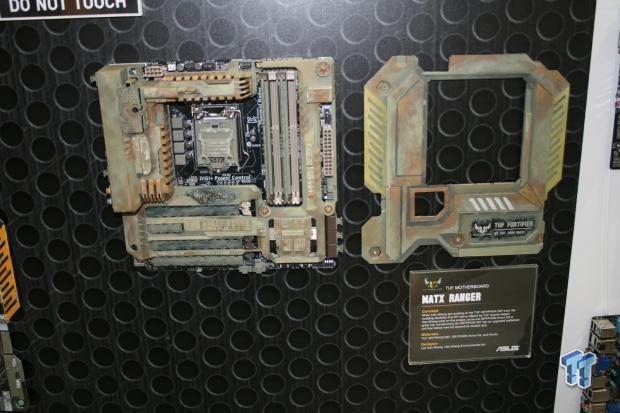 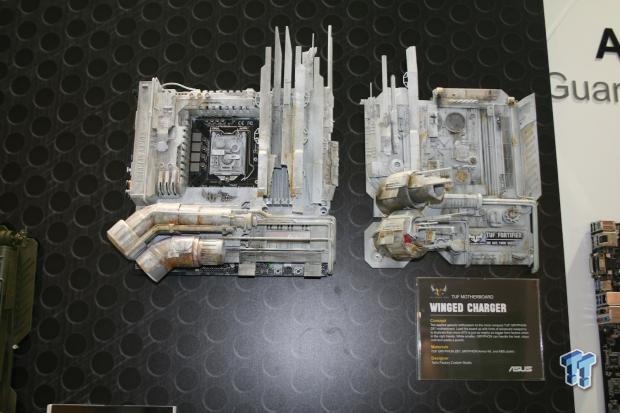 The final board in the range showed off at the show was the Winger Charger, which uses the TUF Gryphon Z87 motherboard with the Armor Kit and was designed by Tod's Factory Custom Studio.