Computex Taipei 2013 - The enterprise SSD market is a tough nut to crack, just ask OCZ. That doesn't mean others aren't seeing the same projections that show enterprise storage revenue on the rise. With the consumer PC market shrinking as mobile increases, some are looking at other areas of growth and enterprise is where the action is for the next few years. 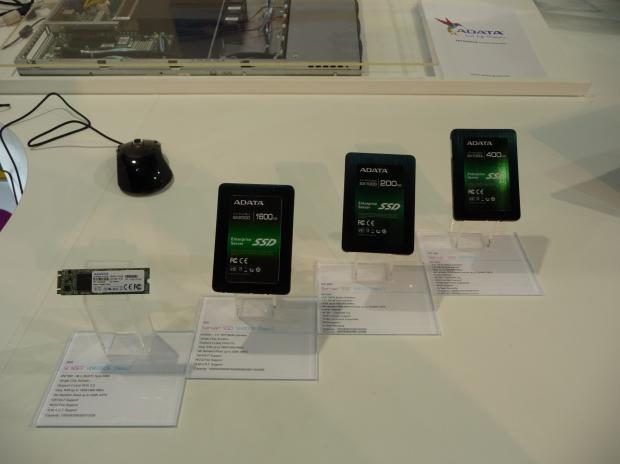 Four products are on display at Computex, all SandForce Driven. 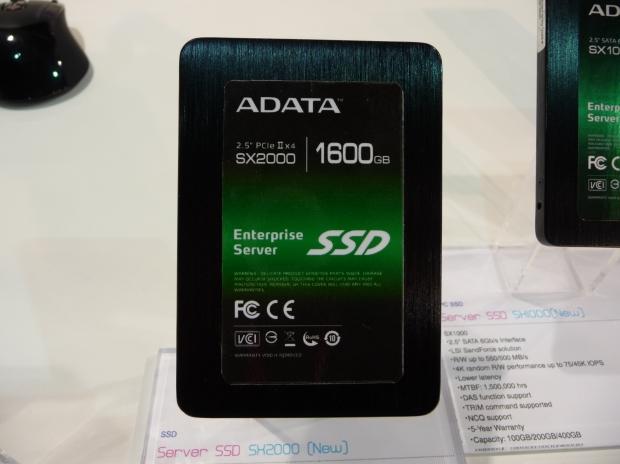 Contrary to what was reported yesterday by The Preview Site, the new ADATA SX2000 is not a SAS 12Gb part; it uses a PCIe connector that looks similar to SAS. The interface isn't exactly new; Micron's P320h uses it and Dell has already shipped several 12 generation PowerEdge servers with the technology. 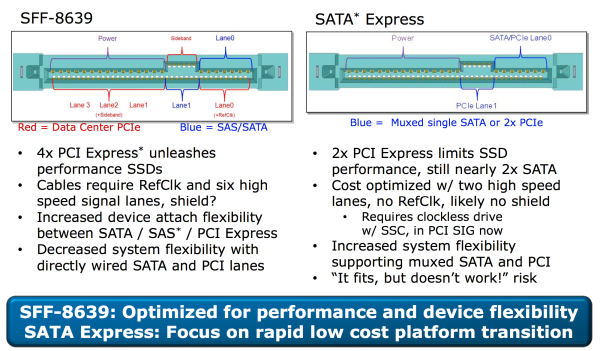 Here we see 2 new standards that will gain mass adaption later in 2013, SFF-8639 (used on the ADATA SX2000) and a 2.5-inch SATA Express. If you think your SAS cables are expensive, then prepare for sticker shock: sell the second car or take out another mortgage. Cable pricing aside, SFF-8639 with four PCIe lanes allows for higher bandwidth than SAS 12Gb and is the ultimate interface for high-performance products, at least for the next few years. 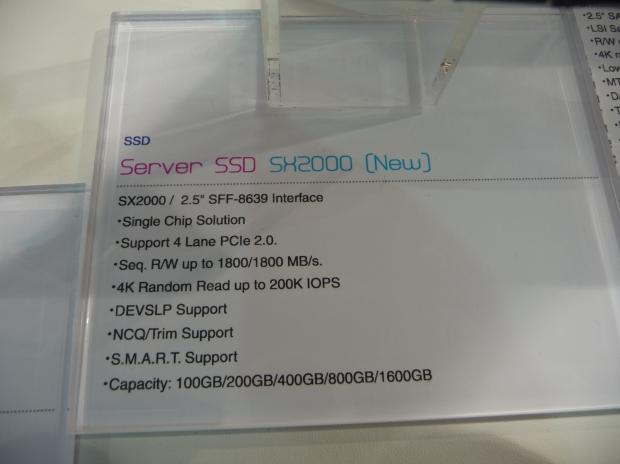 Known to many in The Valley as Griffin for the last four or five months, we didn't expect to see any public display until 3Q, around the Flash Memory Summit time frame. LSI is being tight lipped about the new controller that should eventually release under the SF-3000 Series name baring any Nytro branding that may tip up between now and release time. Performance scaling will come via the PCIe lanes given to a product, the more lanes, the higher the performance but also the higher the cost to manufacture.

Many have wondered when LSI would release a new controller and why a follow up to SF-2000 has taken so long. Unlike what we've seen from other controller makers, the new LSI parts are radically different and not just an incremental increase. LSI has released updates to the SF-2000 series, TPC Opal support and new DEVSLP functions were just announced on the new B02 stepping that's been shipping for the last six months. ADATA's SX900 and SX300 among those products using the new stepping. 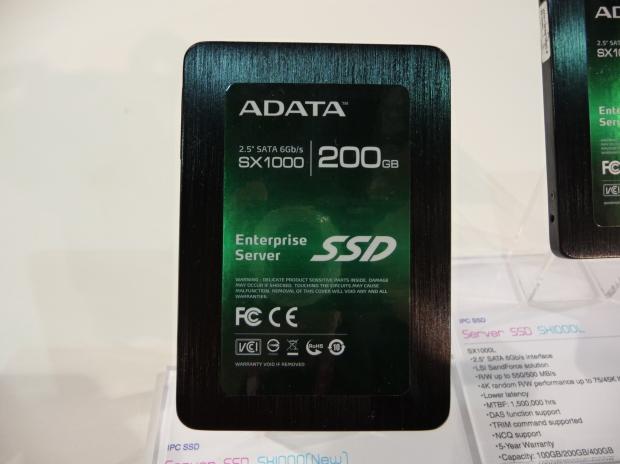 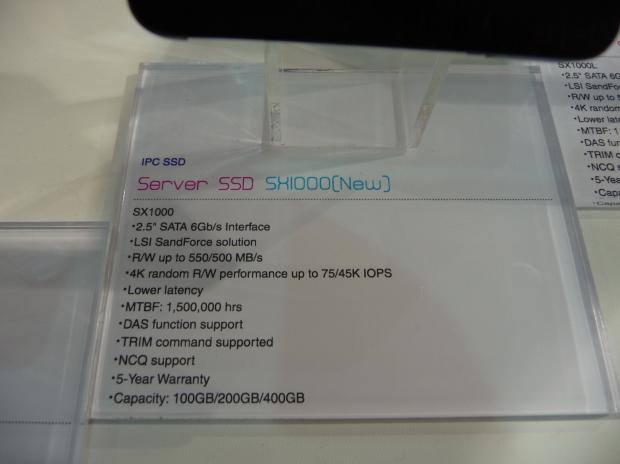 ADATA has a long and rocky road ahead of them, though, as the in-house validation and customer validation takes quite a bit of time. If ADATA chooses to release these parts in the channel like Intel is doing with the DC S3x00 parts then adoption could be fairly rapid since the pool of users would increase. 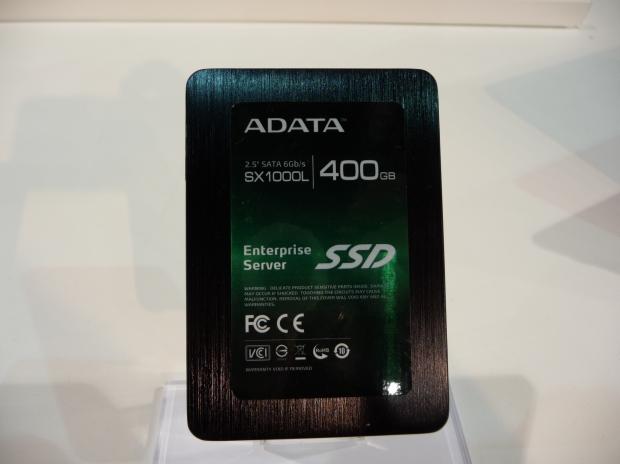 Finally, the SX1000L enterprise SSD, a part we expect to have in for testing soon. 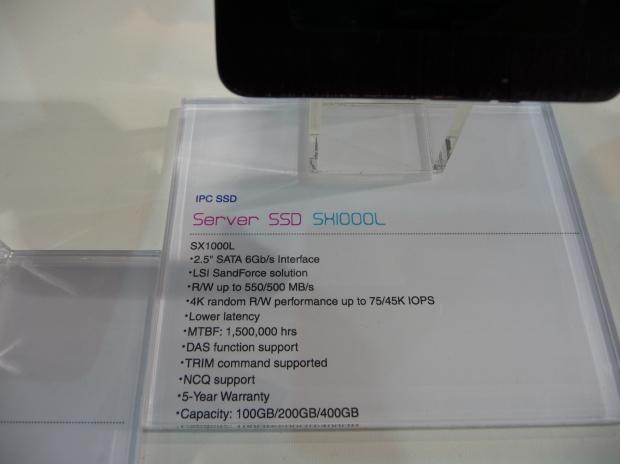 This part is designed for Direct Attached Storage (DAS) products with high read loads. It's more of an entry-level enterprise SSD, but the LSI SandForce architecture gives it flexibility.

Over the last couple of years, ADATA went through some changes, many not for the better. The company listened to the chants of reforming the reform and is getting back to their old ways. You could tell the attitude at the company is back on track, their booth was very busy and everyone with an ADATA polo on had their heads high. Although somewhat quiet in the presentation, showing Griffin at Computex has given the company their swagger back. We like having the old ADATA back in the game.