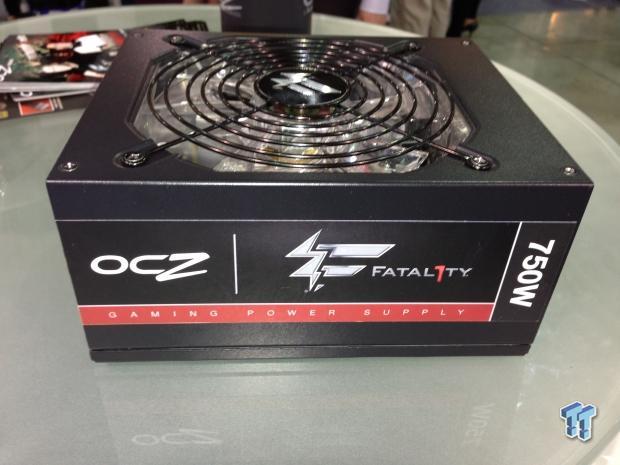 What was new at the event for OCZ was its new Fatal1ty 750-watt power supply. It is rated for continuous 750-watt output at 45c and comes with 80 PLUS Bronze certification. It is also 100% fully modular and includes a 125mm double ball bearing fan. No fear, it will also work ion your shiny new Intel Haswell CPU based system and OCZ throw in a very solid five year warranty. 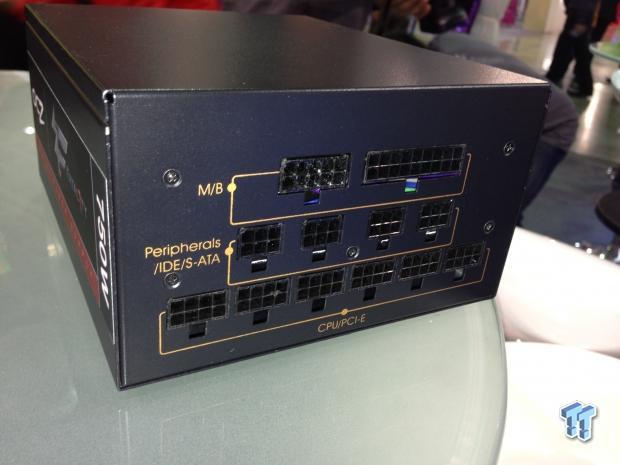 I say very solid warranty as OCZ has set very competitive pricing on this unit. The pictures we took of the unit at the OCZ booth are off an unfinished product, OCZ do intend to make a few minor adjustments before its release in the July - August timeframe. 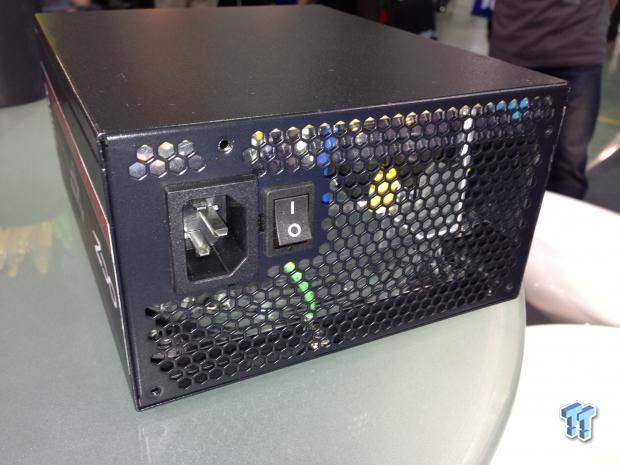 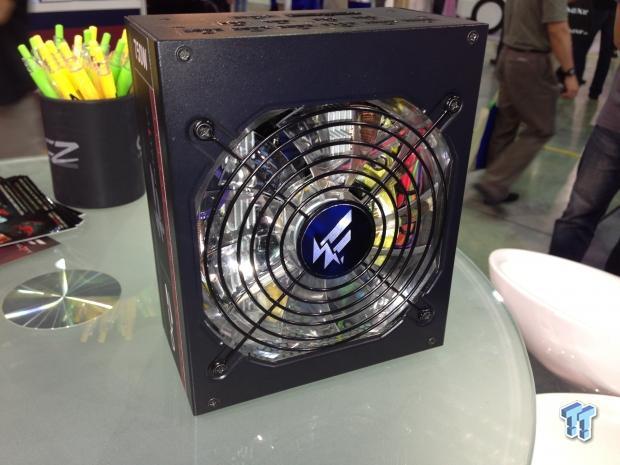