Computex Taipei 2013 - Some of you may know how much of a multi-monitor and high-resolution fanboy I am, well, I had to stop at AMD's booth at Computex to check out their 5-screen Eyefinity rig, which just looked amazing. 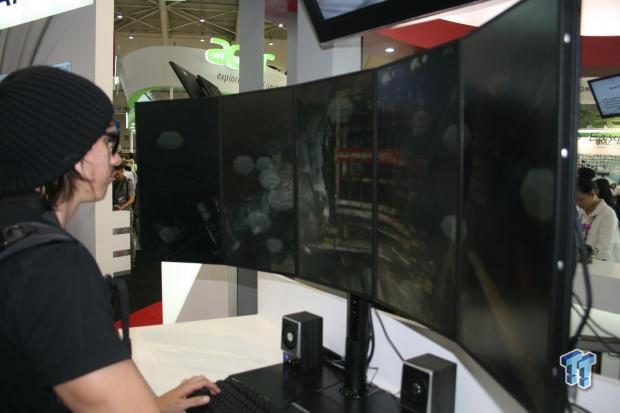 The five monitors were in portrait mode, another favorite of mine, and had Tomb Raider ready to play. I didn't play it myself, but I did take some video of another show-goer playing it and it looked incredible. The rig running it was powered by an AMD FX 8350 processor, 8GB of AMD Radeon DDR3 RAM, a Radeon HD 7990 dual-GPU graphics card, and the five monitors, pumping out a resolution of 5400x1920. Now that is my kind of setup! 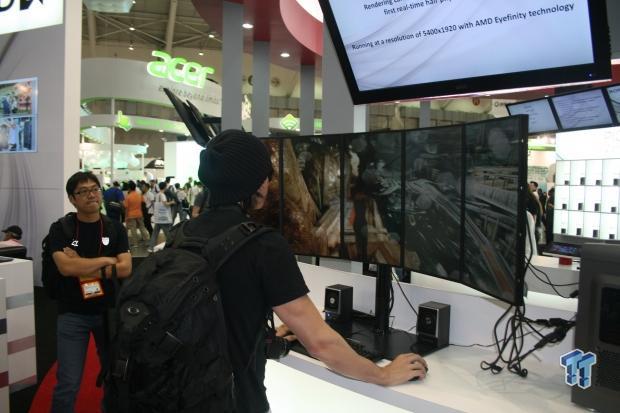 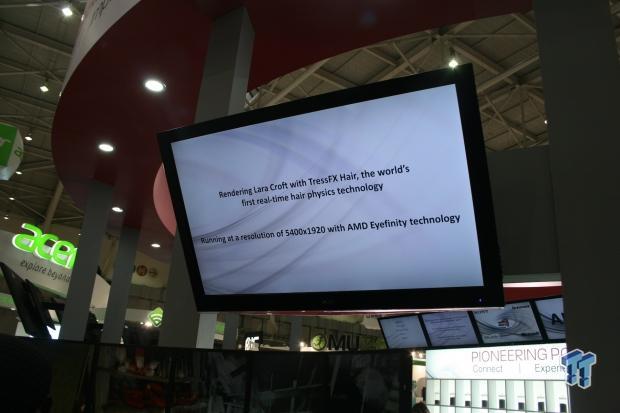 And all of those monitors require some conversion, from miniDisplayPort that is provided on the back of the HD 7990 to DisplayPort. 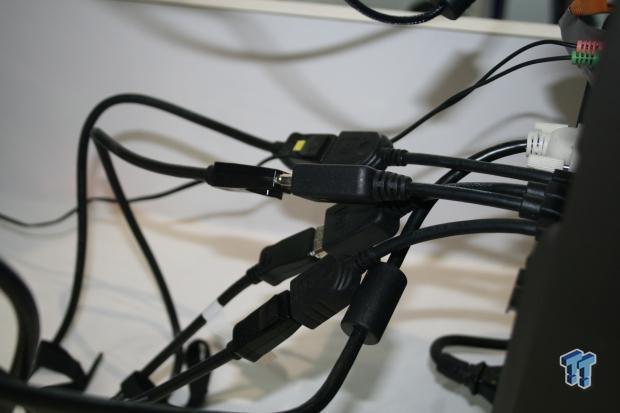