Things are looking good for NVIDIA's upcoming GeForce GTX 770 this morning as new specifications and pricing information has leaked. The GTX 770 appears to be identical to the GTX 680 in hardware but will feature higher clocks and faster memory frequency. The leak comes from retailers located in Tokyo's Akihabara shopping district in the form of photographs taken of the sales sheet on a monitor. 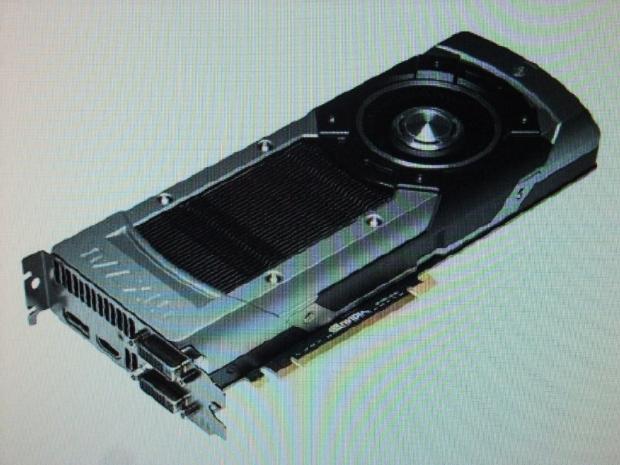 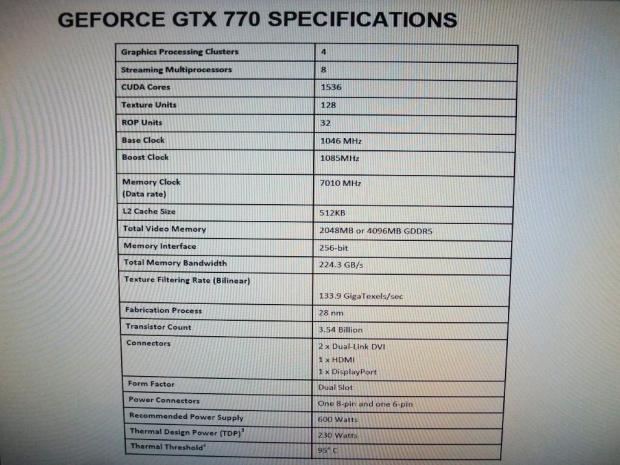 The chip is said to be clocked at 1046MHz and will feature a massive 7GHz memory clock. If these specifications are true, then the GTX 770 will be the highest clocked GPU ever made, albeit with a power draw of 230 watts. The card will feature the same cooling solution used on the GTX 780 and GTX TITAN. Combining the speed with good looks and topping things off with a pricing point of $400 makes the GTX 770 the best bang for your buck GPU on the market.