Intel are just days away from launching their fourth-generation Core processors otherwise known as 'Haswell', and now they're teasing the world by stating that Haswell-based notebooks will offer 50% more battery life than Ivy Bridge-based counterparts. 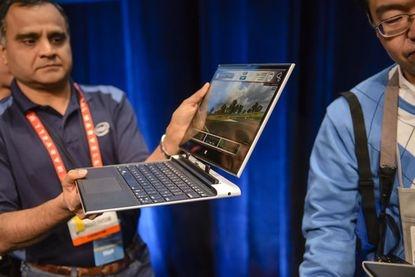 Haswell CPU's were designed with mobile devices in mind, with one of their core focuses being lower power consumption, according to Corporate Vice President and General Manager of the Intel Architecture Group, Rani Borkar, when speaking in a media briefing. Longer battery life also will not be coming at the cost of lowered performance, as in idle or standby mode, Haswell chips will do even better, extending battery life to something like 20 times what Ivy Bridge products can offer.

The big question here is, is this enough for consumers to get back into PCs again? Smartphone and tablet sales have no signs of stopping, while PC sales are moving backwards, let's hope this ignites a fire under consumers' feet.