Grand Theft Auto V has been announced for consoles, but PC gamers have been left to the side with this game, or have they? We've heard the rumors before, but now there's a German retail that is listing the PC version of GTA V. 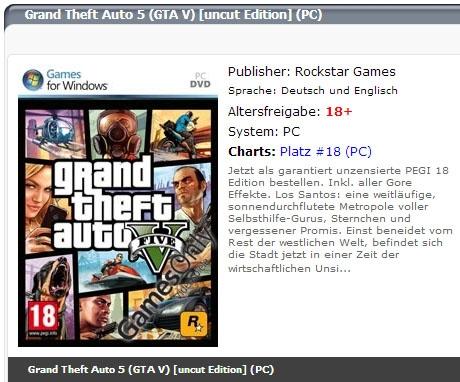