A rumor has surfaced today that Nokia is working on a 6-inch phablet. This would mark the largest device that Nokia has ever built, a record currently held by the Lumia 920's 4.5-inch screen. The rumor says the phablet would come with a 1080p display and a quad-core CPU, making the device decently competitive with other phablets on the market. 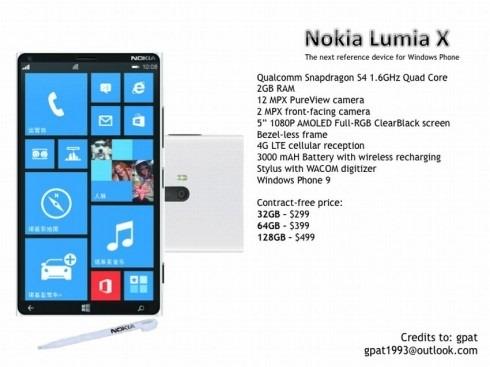 The device is said to be launching in Q4 2013, meaning it should be coming out in time for holiday shopping. It's said that the device will cost between 400 and 500 pounds, which could be as much as $775 dollars. The release timeframe is consistent with Windows Phone 8 GDR3 update currently scheduled for late summer.

GDR3 will bring support for 1080p displays and quad-core processors, along with numerous other features and improvements. As with all rumors, take this one with a grain of salt until more information is available.