The video you are about to see was not created in CGI, nor does it use any of Hollywood's video trickery. Scientists at IBM's Almaden Research Lab in San Jose, CA, have figured out a way to precisely move and manipulate individual atoms in very precise ways. So precise, in fact, that they were able to film the world's smallest video using nothing but the building blocks of all matter.

When it comes to the things I love, the video above is about as high on the list as it gets. The simple fact that we have the technology to now take an individual atom and place it anywhere in space that we want is simply astounding, when you consider the fact that less than 100 years ago we had no idea that atoms even existed. To get a scale of what is going on here, each dot has been magnified about 100,000,000 times. 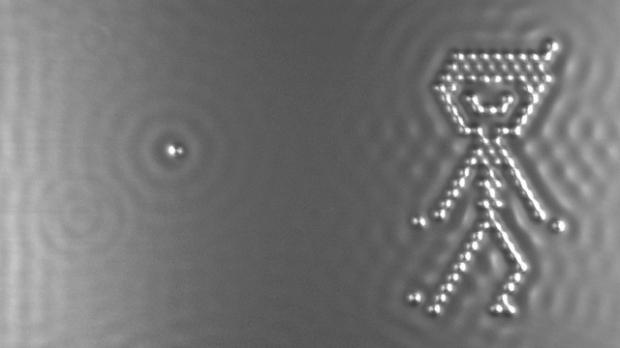 The video was made by using a scanning tunneling microscope that weighs as much as a full sized truck and operates at -268 degrees Celsius. The positioning of the atoms was achieved by moving a very tiny needle across the surface of a piece of copper the size of a postage stamp with a height from the surface of just one nanometer.

The 248 frame video has been certified by Guinness as the "World's Smallest Video", and until we are able to position electrons, protons, and neutrons independently, I have a feeling it will be one record that is never broken. If you are interested in seeing how the video was made, I have included a link to the team's "the making of" video at Source #2 below.