While America still reels over the Boston Marathon bombings and the fertilizer plant explosion near Waco in Texas, the House of Representatives have passed the cybersecurity bill CISPA (Cyber Intelligence Sharing and Protection Act). 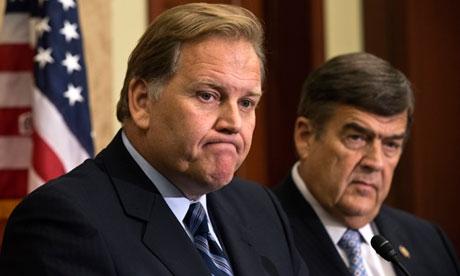 CISPA was passed by a 288-127 vote, receiving support from 92 democrats. From here, it will move to the Senate, then to President Obama's desk. CISPA, if you're not already familiar, will allow private businesses to share customers' personal information with any government entity, giving the government, and entities like the NSA, some serious power.

The way laws like this get passed, is by people who throw their hands in the air claiming that not letting something like CISPA pass, is because there are threats to "US economic security". Because, you know, there aren't any other issues with the US' economy right now. Mike Rogers, co-author of CISPA and the intelligence committee chairman, argued that cyberattacks and espionage, mostly from China, where an umber of high profile attacks have originated from, are a number one threat to US economic security.

On the House floor, Rogers said:

And for some further reading, it looks like Rogers' and his wife are set to benefit greatly from CISPA passing... just take a look at this article from TechDirt.