We've already got the Retina MacBook Pro from Apple, featuring a 2560x1600 display, and Google's Chromebook Pixel with its 2560x1700 display - but both of those machines are built for Windows. Toshiba have just unveiled a new Ultrabook, that comes with Windows 8 - the Kirabook. 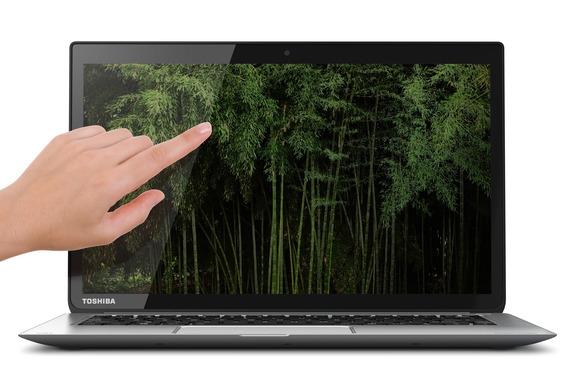 Toshiba's Kirabook comes with a 13.3-inch 2560x1440 display, giving us slightly less pixels than Apple and Google's offerings. Kirabook starts from $1599, which gives you an Intel third-generation Core i5 processor, 256GB of SSD, 8GB of RAM and a backlit keyboard. The $1999 model provides touchscreen capabilities, and a bump in processor to the Core i7. Toshiba's Kirabook is 0.7 inches thick, and weighs 2.6 pounds.

We should see pre-orders open up on May 3, with shipping beginning on May 12.