One thing that annoys most, especially me, is that I want an all-day (all-week preferably) battery life on my devices. Running a quad-core smartphone with all the trimmings is great, but charging it every night is not the ideal thing for me. 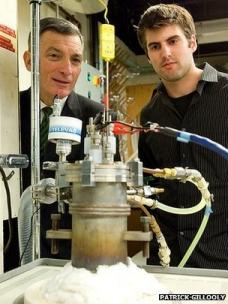 New technology is required, and this is where the Massachusetts Institute of Technology steps in, with Professor Donald Sadoway's new research - liquid metal batteries. Professor Sadoway told BBC News:

At least 18 months from now, we'll have something we can put in the hands of an independent assessor. We want to make sure we've got something that's durable and will perform to specification. This is a very tough market to get into. We can't afford to have a failure because something wasn't quite right. That could tarnish the image of the technology to the point where it would be set back irreparably.