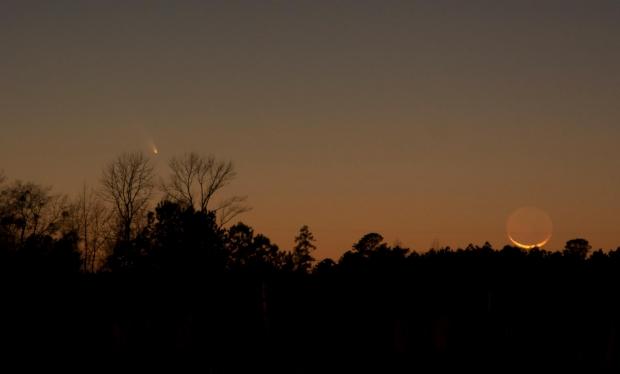 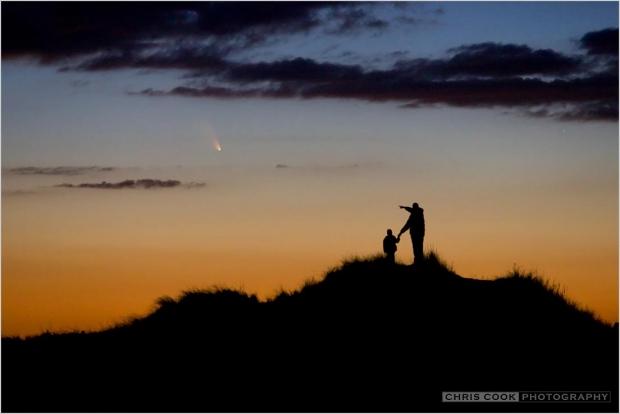 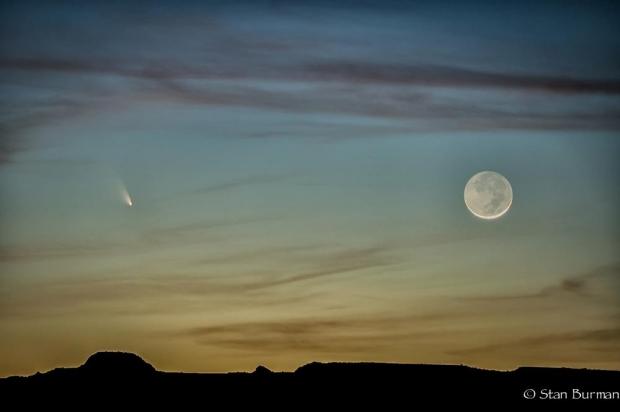 The last shot I want to show off is one by photographer Stan Burman (source #3), who captured this stunning image in Page, Arizona. This image has it all, and is one of the best I have seen so far. Comet Pan-STARRS, along with the crescent moon are framed by high altitude clouds and the Arizona mesa.

Finally, I want to leave you with this incredible video from one of NASA's Twin Stereo spacecrafts that shows the comet passing between Mercury and Earth. In the video you can see the solar corona being emitted from the sun, and the comet slicing through space. While Comet Pan-STARRS may not be easy to see anymore, we can now look forward to comet ISON later this year, which could prove to be the most spectacular comet ever witnessed by mankind.