Chris Hurley, co-founder of YouTube, is looking at getting back into the video website business after selling his video streaming site to Google for a nice $1.65 billion. Hurley has now begun teasing his new venture, where he said during a Q&A session with Digg founder and Google Ventures partner Kevin Rose: "I wish [South by Southwest] was a month later because I could unveil the new product." 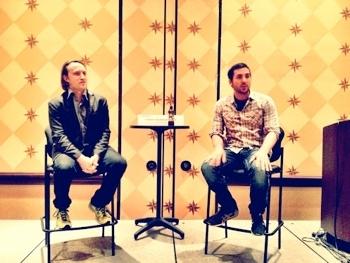 He didn't go into much detail, but added that the new product is "primarily video-based...and gives flexibility for people to work together and create content." It looks like we should expect a next-generation YouTube, and that's not a bad thing at all. Digg founder Kevin Rose asked him if that was his intention, where he responded with: "We're not setting up to [kill YouTube]-now. There's always going to be a place for YouTube." His intention, instead, is to create a platform better suited for collaboration."