We've already seen what ASRock are working on, but what about Gigabyte? They haven't been sleeping by the looks of things, with the new Z87 range of motherboards, built for overclockers, being noticed at CeBIT. 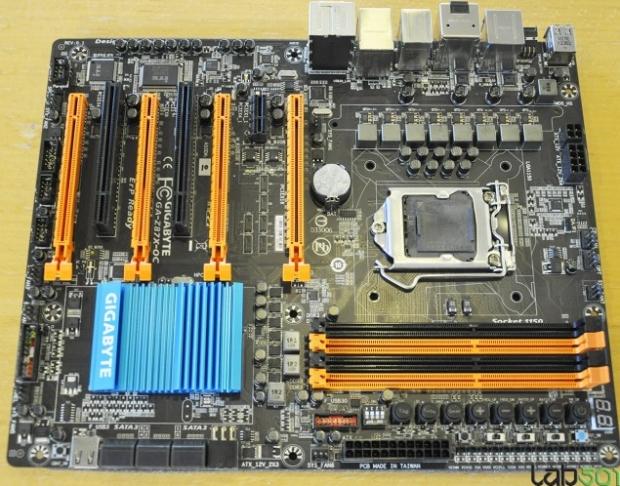 The best of the bunch, the GA-Z87X-OC, is built with a full 8 Phase Solid VRM using DRMOS, International Rectifier MOSFETs, which should give some crazy stability when pushing that overclock. The Z87X-OC includes that sexy orange and black design we've come to know and love from Gigabyte, as well as the usual buttons for enthusiasts on the board - BCLCK, Turbo, Gear, Power switches at the side of DIMM slots, Voltage measuring points, Debug LED and a Dual BIOS switch.