We're not hearing much about Aliens: Colonial Marines other than its abysmal reviews - but there are some out there voicing their opinions on Gearbox Software's latest flop.

I purchased the game after watching videos months ago, getting just a little excited that we might have another cool game to play - but after the first few minutes of playing it, I felt like I had been robbed of my $50. The demos shown off months ago were of much better quality in terms of graphics and physics within the game, with the final version feeling like it has gone back in development time.

The video above does a very good job of walking you through some of the different parts that have been changed - from the dynamic lighting to the explosions and pre-scripted scenes. I ran the game on my EyeFinity setup and it is so poor with its field of view it's unplayable. 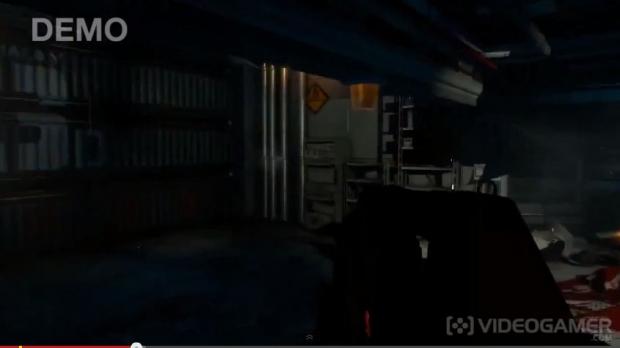 I started to notice something when the game was loading up, that there are other developers attached to it - Nerve Software and TimeGate Studios. You might remember TimeGate Studios' previous games - mostly the F.E.A.R. expansion packs, which were very lame, as well as Section 8. It looks like Gearbox were using payments from this games development and putting it into Borderlands, which would explain the huge gap in quality.

This is from Aliens: Colonial Marines' Wikipedia page:

Eurogamer reported that Gearbox has been sitting on this game forever while funneling milestone payments for it into Borderlands. The demo that was shown prior to release was also noted as being visually superior to the final game, suggesting that it was faked using advanced CGI to cover up the lack of work being put into the game.

Upon installing the game, the menu layout is nice, making it feel like a high-quality game. Entering the game itself, is another thing altogether. Textures look bad, effects are worse, and the game just feels so out of place - it was hard to put my finger on it at first, I thought something was wrong with my copy until I started looking around the Internet.

I feel screwed, and I'm sure other consumers do, too. The game definitely doesn't feel like a AAA title worthy of my $50, and in a digital distribution world, there are no refunds. Gearbox, you've begun something that might tarnish your future reputation here, first we had Duke Nukem Forever - I understand you simply pushed that game out and didn't work much on it, but putting your name on products still lingers.