Numbers from AdDuplex show that Nokia has roughly 75 percent of the Windows Phone market. AdDuplex's numbers are usage numbers from the company's ad network. While the numbers only come from 294 applications, which creates a fairly small and unreliable sample size, general questions, such as the top manufacturer, can be asked fairly reliably. 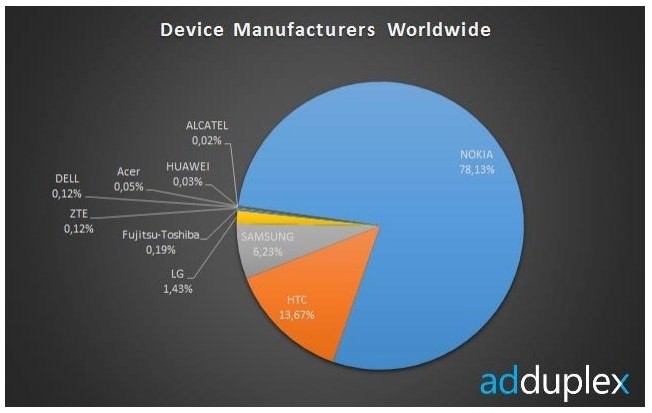 As you can see, Nokia holds just over 75 percent of the Windows Phone market. HTC comes in second with just over 10 percent. From there, the numbers drop off pretty significantly. It's no surprise that Nokia is leading the market; it's Lumia line of devices are solid and Nokia has worked closely with Microsoft.

We're always on the lookout for data and trends. We'll keep looking to see if we can come up with some interesting trends in the Windows Phone market.