I'm an Australian, but keep up as much as I can with the fringe areas of US politics and the debt that the world has. We know that the US is in over their heads in debt, but just how much? Sure, $1 billion sounds like a lot - but I think most people have lost sight of just how much these billions, and trillions mean.

This could turn into a long winded whinge session about not only the state of the US political system, but the entire world's financial system. Instead, we'll show you a visualization from Demonocracyinfo of the current US debt. Currently, the money owed by the US government is larger than the size of the economy itself. The current debt ceiling is set at $16.394 trillion and the US are getting close to that mark with just a few weeks until they hit the "fiscal cliff" I'm sure you've heard about.

What did you think of the video? At first, I thought - oh that's not too bad, millions don't look like that much - then the billions begin. Once that's over and the shock sets in, you see the entire federal debt, and it's a scary number. 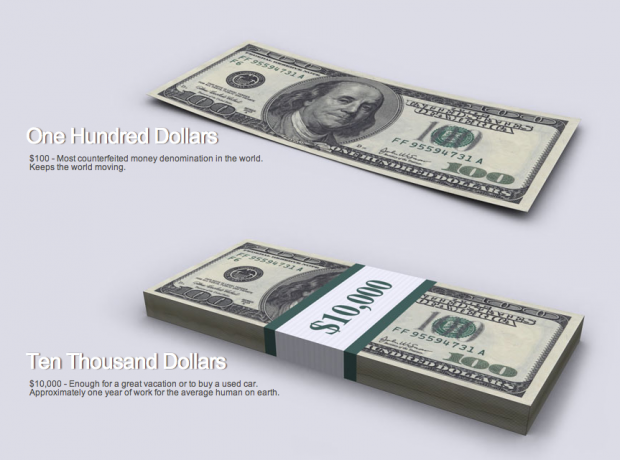