Microsoft's SmartGlass has made its way to Windows Phone and Android, and now it's finally been made available for iOS users as an update to its Xbox iOS application. 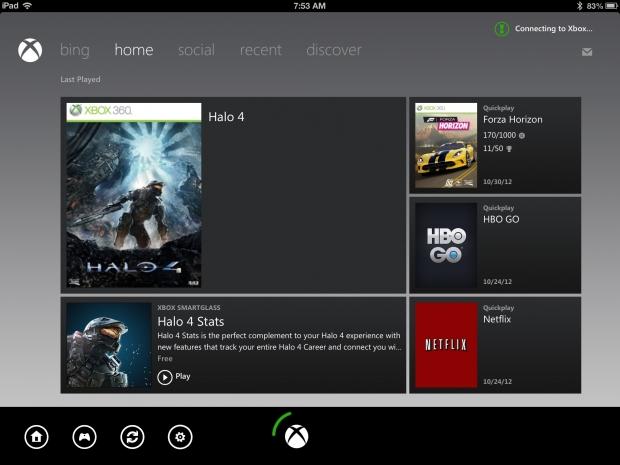 Just like the Windows Phone and Android version of SmartGlass, the application allows iOS users to connect to their Xbox 360 and interact with it in a number of ways such as launching games or applications and becoming a second screen for software that supports that feature. An example of this feature is being able to launch a DJ mode in Dance Central 3 that will allow for the SmartGlass user to interact with the game or when listening to music or watching a video on Zune Marketplace, information regarding the content can be accessed from SmartGlass.

SmartGlass users can also use their iOS device to further interact with their Xbox 360 in the following ways: