I'm surprised it took this long to see the iPhone 5 blended. Blendtec, which started blending iPhones and other weird objects on video back with the first iPhone, has traditionally been very prompt about attempting total destruction on the latest and greatest Apple product, so having to wait nearly a month has been devastating.

But that's OK because the founder and PR manager have returned from Down Under (yes, they were in Australia) and tossed in not just an iPhone 5, but the Samsung Galaxy S III in an attempt to make an epic face-off between the two flagship devices. Of course, by now, I figure you've already watched the video. If not, go watch it then return here. I'll wait.

Back? Good. As you saw in the video, the Galaxy S III held out a little bit longer than the iPhone 5 did. In fact, the iPhone 5 was destroyed almost from the very beginning whereas the Samsung Galaxy S III survived for a good little while there. So, what can we take away from this? If you happen to be working over a giant, over-powered blender, the Galaxy S III might just survive long enough for you to pull it out. 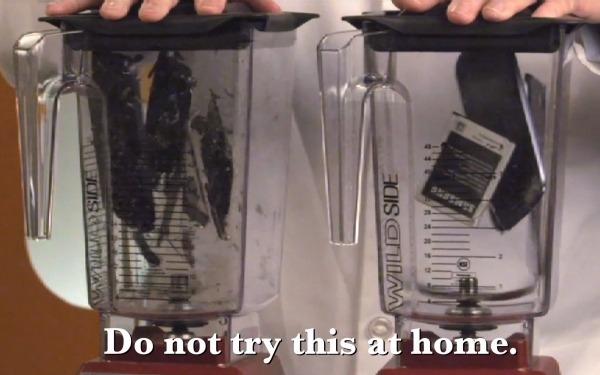