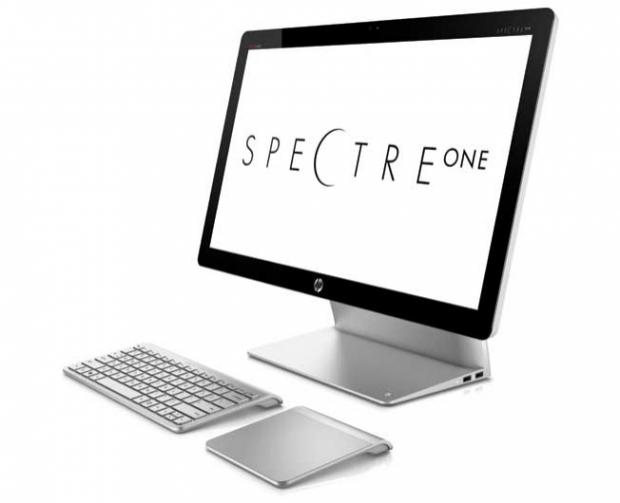 Together with its wireless trackpad with multi-touch technology, with the ability of easily scrolling, swiping and tapping through Windows 8's tile-based OS, it is very, very Apple iMac-like. The SpectreOne is filled with an NVIDIA GPU, optional SSD and optional ExpressCache, two USB 2.0 ports and two USB 3.0 ports.

It also, surprisingly, sports NFC technology, where you can transfer pictures, videos and other goodies to the PC just by tapping a smartphone or NFC tag to its base. HP has also said that the SpectreOne sports "the latest Intel processors", but has left out any specifics. HP's SpectreOne desktop will be made available across the US in November, with a starting price of $1,299.

HP's fourth PC announced was the Pavilion 20, which is also going to enjoy an October release, with a price starting at $449.