We've been hearing rumors of the iPad mini, which is destined to be a 7.85-inch iPad, down from it's bigger brother which sports a 10.1-inch screen. News comes from Instapaper developer, Marco Arment, who has discovered two new iPad device codes in his logs, which he believes point to the fact of an iPad mini. 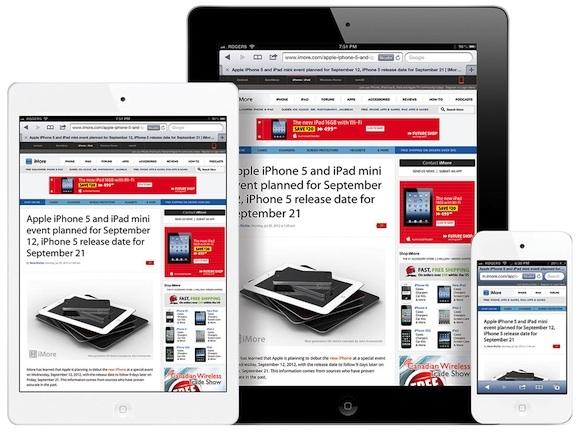 The new identifiers arrive as "iPad2,5" and "iPad2,6". Arment notes that the iPad2,1 through to the iPad2,3 identifiers are known to link up to the iPad 2's WiFi, GSM and CDMA variants. The iPad2,4 was the die-shrunk, slightly cheaper version of the iPad 2 that was released with the third-generation 'new iPad'. The Retina-powered iPad has the designation of iPad3,x.

iPad2,5 and iPad2,6 have not been seen before, and line up with rumors of the iPad mini being released shortly:

The much more likely explanation is that iPad2,5 and iPad2,6 are the new "iPad Mini" in Wi-Fi and GSM, and I haven't recorded the likely iPad2,7 CDMA version yet.

If so, this suggests that the iPad Mini is, effectively, an iPad 2: an A5 with 512 MB of RAM and enough GPU power to drive the Gruber Display, but not a Retina Display.

It's a textbook Tim Cook supply-chain move: selling the last generation's hardware at a lower price point to expand marketshare.