This is something that I've read with great interest, and to anyone who has seen the TV show "Person of Interest", you'll understand that these types of systems are not just fiction, but they can be used for wrong-doing, too. 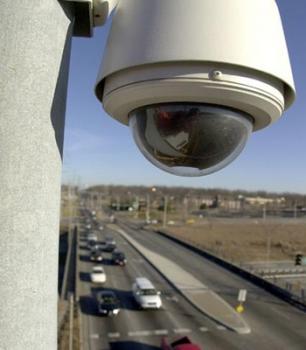 The data is then poured into the system, where TrapWire can analyze the data, detecting changes in patterns such as noticing a certain vehicle is not on its usual morning commute to work, which can then be looked at as 'suspicious behavior'. The technology is owned by Abraxas, who were eventually acquired by Cubic. In 2005, Abraxas Corp. CEO Richard Hollis talked about TrapWire:

TrapWire can help do that without infringing anyone's civil liberties. It can collect information about people and vehicles that is more accurate than facial recognition, draw patterns, and do threat assessments of areas that may be under observation from terrorists. The application can do things like "type" individuals so if people say "medium build," you know exactly what that means from that observer.

It wasn't long after WikiLeaks posted this, that they were hit by a devastating DDoS attack. This attack took the site down for 10 days, where it has only just today been able to stand up on its own two legs again. WikiLeaks directly attributes hte DDoS to its TrapWire leak.

It has been said that TrapWire, according to previous information and leaked documents, is only active in Los Angeles, Las Vegas and Washington D.C. police departments. But then, would you really believe this technology is limited to only a few cities, and their police departments?

Considering three out of four of TrapWire's founders are ex-CIA operatives, one would think toward the more 'conspiracy' route. What do you think of TrapWire?