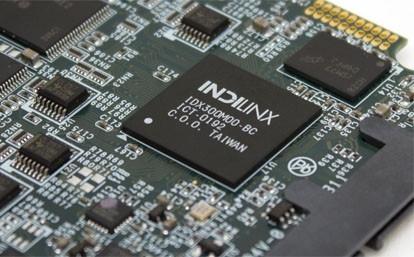 Peterson also revealed the progress on the new SSD controller during a conference call with financial analysts. There's not much information on the chip itself, but it reportedly sports a 32-bit, 400MHz "Aragon" processor, with a SSD-specific RISC instruction set. Peterson also said that the chip's "primary IT blocks" are licensed from a third-party.