Nielsen, an analyst firm, have their latest numbers for the U.S. smartphone market in Q2 2012, with numbers showing that for Q2, smartphone adoption continues to increase with 2 in 3 new customers grabbing a smartphone. 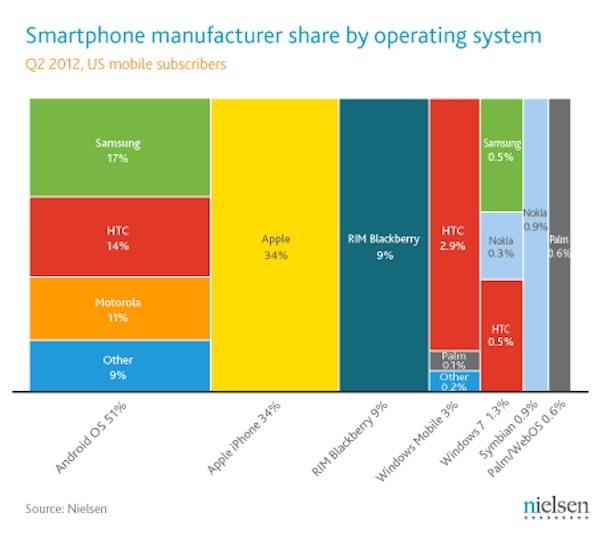 But, the Windows Phone 7 numbers are the most interesting bit of this new data, where the mobile OS holds just 1.3-percent of the market. Nokia itself has only 1.2-percent of smartphone owners, and that's considering the amount of marketing that Nokia have pushed with their Lumia series of devices. 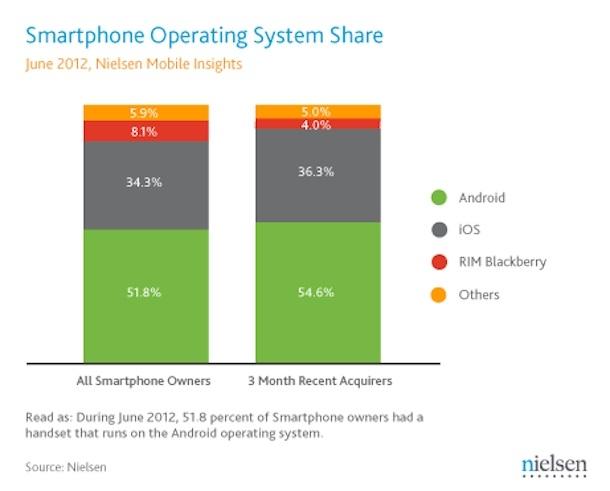