The University of New South Wales housed competitive gamers and PC enthusiasts over the second weekend of July 2012. Nearly 300 gamers were competing against their friends to win a share of $20,000 AUD of cash and prizes. ESGN Winter had arrived!

Games that were featured at this event;

Attendees were also treated with exhibitions from the various hardware and gaming sponsors. Hardware highlight of the show was definitely the Eyefinity table, powered by a tiny mITX computer housed in a sexy black BitFenix Prodigy case!

Specs of the PC: 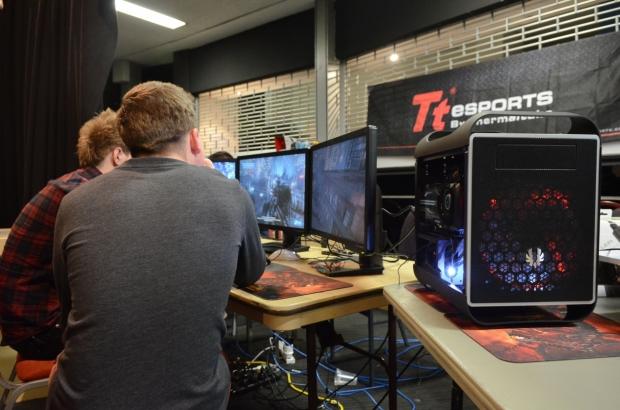 Another interesting demo was a special enclosure for the XBOX360 and PlayStation 3 Slim, which included a 15.5" 60Hz screen inside a hard case for transporting your laptop interstate or overseas! The GAMES G155 is a self-contained unit; it looked like some sort of alien square egg when it was closed and is TSA Approved for travel.

Back to the gaming and Frenetic Array beat longtime rivals Team GAMECOM in League of Legends - the most played game in the world according to Xfire in a recent survey. "The event overall was great. Australia can run these type of events, the venue at this scale works" claims Julian "Pastrytime" Carr, League of Legends shoutcaster and community member (he commentated for over 12 hours over the weekend!). "There were 16 teams at this event and there was a lot of excitement for this event". 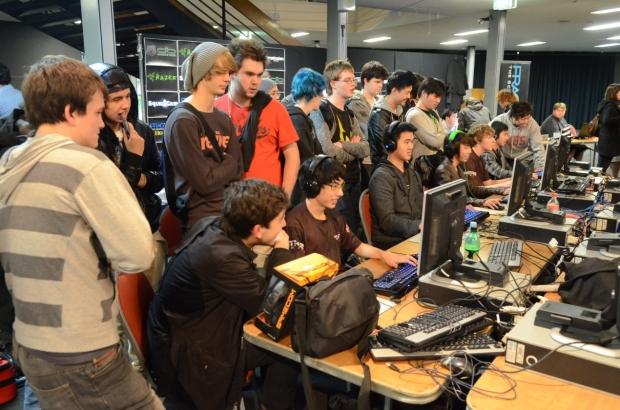 Behind the scenes, two three-phase 32amp power distributions supplied the juice for a weekend of no power programs. Six Dell 48-port switches allowed the 50 computers, 15 high-end notebooks and 40 consoles to communicate with each other and in total, 12 kilometers of networking cable was used! 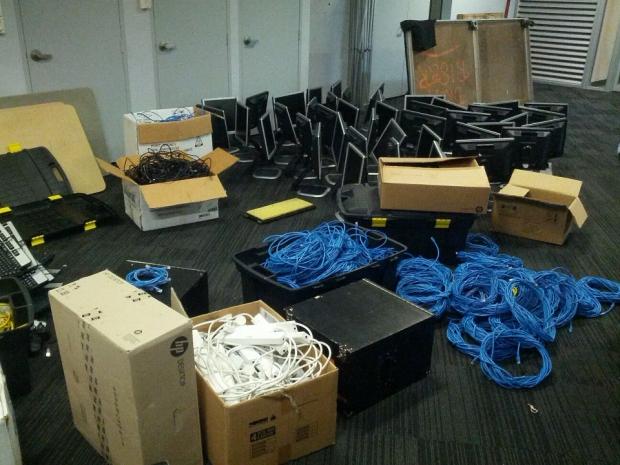 Mindfreak eSports, a premier eSports team in Australia had three teams at this event. Kenji "yuki" Fuze travelled all the way from Wellington, New Zealand to play with his PC Call of Duty team. When asked about why he flew to another country to play a game, he replies that "eSports is not all about the money, it's about playing with friends, the money is just icing on the cake, it's all about the winning moment". Fuze and his four teammates eventually beat crowd favourites Team Exile5 in a thrilling 2-1 match with overtime on the third map. 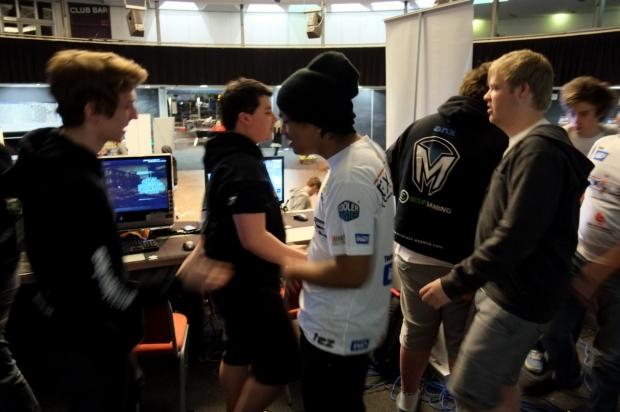 Notebooks were provided by Horize P151EM1 through local dealer FragLabs, eleven high-end gaming notebooks powered the Call of Duty 4 game. The Intel Core i7 and NVIDIA GTX660M combination allowed the gamers to reach 250FPS, the standard number you want to be able to do strafe jumping. 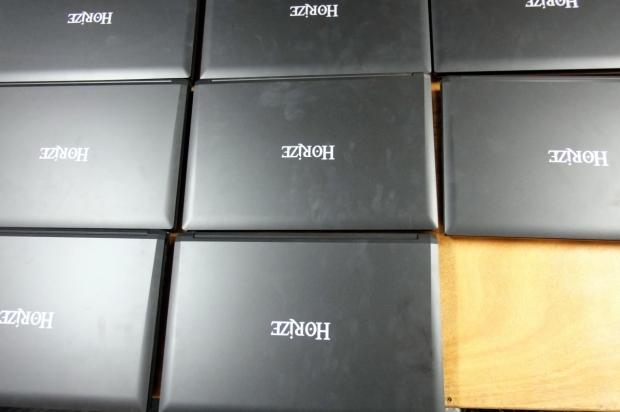 ESGN's community manager Jessica "vonangel" Rozema was happy about the event and the venue, "I've had 5 hours of sleep over the last three days, but it's been fun" she laughs. "We're looking forward to running an ESGN Summer later this year.

EA Australia's Community Manager Jess "Jiggsy" Hodgson echoed these thoughts, "I really enjoyed this event, it was my first one that wasn't in someone's house, I'm really looking forward to the next event". EA supplied a Battlefield 3 poster signed by Lars Gustavsson and Daniel Matros, two of DICE's managers. "We're focused on eSports in Australia", Jess Hodgson, "we're focusing on the new future".

I am personally excited to see where eSports will go in the next few years in Australia. It's been a slow start, but over the last 1-2 years it has been growing, with bigger competitions and better prizes. 2012 will be a significant year for eSports worldwide but especially Australia.