It looks as though Valve believes there is some value to using games in education. It's been occasionally supported by studies that doing something fun helps kids learn and keeps them engaged, so the reasoning behind 'Steam for Schools' is solid. This summer, educators can apply to be included in the beta which provides a copy of Portal 2, its level editor and its workshop for hosting those levels. 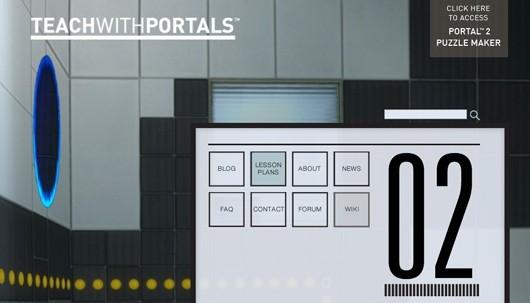 "We have a limited version of Steam, which is called 'Steam for Schools.' And what we're doing is asking for teachers, after school programs, organizations - anywhere where there's a student relationship, which includes homeschooling - for them to submit a form to be part of it. It's still in beta," Valve's Leslie Redd told attendees of the Games for Change festival in New York City.

Valve has received no outside funding or grants to help pay for this program. They are a pretty successful commercial venture, so they do have a bit of extra cash laying around. Besides, doing things for children is probably the best PR a company can get, and it can't be costing that much to give away a copy or two of Portal 2.

Valve has talked about changing the level of openness later on down the line but insists that "children need that walled garden." That comment aside, Valve does intend for more openness in the future. Currently, no other publisher has signed on, but there have been some initial talks. I just want to see exactly what they plan to teach with Portal 2.