Creator of the Linux kernel, Linus Torvalds, has slammed NVIDIA for their lack of drivers/support in a public presentation. During the talk, Torvalds called NVIDIA "the single worst company we have ever dealt with" and ended it in a positive note with "NVIDIA: F*** YOU!!", I'm sure you know what are behind those *'s.

Torvalds made the colorful comments during a speech at the Aalto Center for Entrepreneurship in Otaniemi, Finland. Nearling the end of his hour-long speech, he was asked by one of the attendees about NVIDIA's hardware support and lack of open-source drive enablement/documentation, where he mentioned those colorful words. Torvalds did start off by stating that NVIDIA is an exception to Linux support, rather than the rule in terms of their lack of friendliness towards open-source drivers, and the Linux community.

Then things get better, Torvalds said he was happy to publicly point them out and their problems, where his statements toward NVIDIA continued. He said that NVIDIA is "one of the worst trouble spots we've had with hardware manufacturers", continuing with "NVIDIA has been the single worst company we have ever dealt with". He ended his NVIDIA tirade with "NVIDIA: F*** YOU!" and flipped them off toward the camera.

The story continues over at the source. 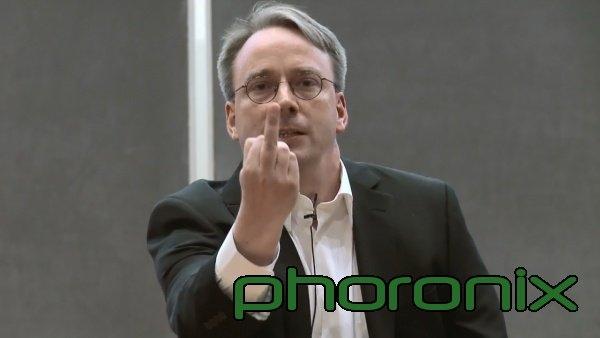