Apparently I am not the only one who thinks that Windows 8 is going to be terrible. A Wall Street Journal writer by the name of John Dvorak shares some of the same concerns as me and even went as far as to say "Windows 8 looks to me to be an unmitigated disaster that could decidedly hurt the company and its future." 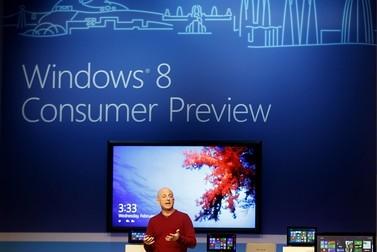 I'm not sure I would go quite that far, but some of his concerns are echoed by journalists around the web. His major problem seems to lie in the new Metro desktop interface that appears to be designed for tablets. He had some hope when it appeared that he could still use the old style desktop, but with the latest release candidate, that is no longer an option.

The real problem is that it is both unusable and annoying. It makes your teeth itch as you keep asking, "Why are they doing this!?"

First of all, the system-software product is mostly divorced from all the thought and trends developed by Windows over the years, as if to say that they were wrong the whole time, so let's try something altogether new.

No business will tolerate this software, let me assure you. As a productivity tool, it is unusable.

Furthermore, he reiterates the idea that the Metro desktop is more useful, and wanted, on a smartphone or tablet rather than a PC. He points the issues with trying to use one GUI across every platform and the issues that not everyone will want that unification. Am I the only one that finds fingerprints on my screen to be rather annoying?

The potential for this OS to be an unrecoverable disaster for the company is at the highest possible level I've ever seen. It ranks up there with the potential for disaster that the Itanium chip presented for Intel Corp. It's that bad. I have no idea why Microsoft would take such an enormous gamble on its cash cow like this. Incremental changes were a theme at Redmond, Wash.; this is a radical departure.

What is this departure based on? It's based on the pipe dream that the unsuccessful user interface used by Windows Phone will turn into a success on the tablet - to such an extreme that people will also demand it on the desktop, so all the platforms can have the same look and feel.

If I may, I would suggest that you read the article in its entirety at the source link below.