Computex 2012 - We spent quite a bit of time with GIGABYTE yesterday on Day 0 of Computex in their VIP meeting rooms on the 36th floor of Taipei 101 where we got a good chance to look at some of their range of new Ultra Durable 5 based motherboards. 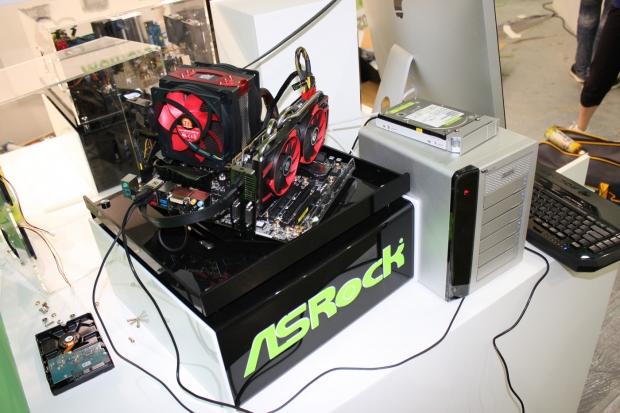 During our meeting we were told that GIGABYTE were the only motherboard maker to have a board that supports dual Thunderbolt ports. It turns out this is not true.

As we were walking around on our spy mission early in the Nangang Computex hall, we ran into ASRock who were showing off an upcoming Intel Z77 based motherboard that also supports dual Thunderbolt ports on the I/O panel.

It's clear at this early stage of Computex Taipei 2012 that Thunderbolt is a big deal and is being pushed really aggressively.