The world's largest daily deals company, if you didn't already know, is Groupon. The company has proudly posted their first quarterly profit, where they reined in marketing spending while signing up more customers and merchants, with these effects driving up stock 12.5-percent higher. 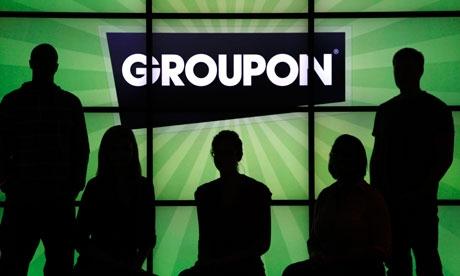 Groupon now sports more than 36.9 million active customers, and has passed 100,000 merchants served in the first quarter. Groupon's after-hours rally to roughly $13.21 followed a big gain of more than 18-percent in regular trading on Nasdaq, the company's largest single-day gain since they went public in November.

Analysts have said short-sellers scrambled to cover their positions, anticipating better-than-expected results after the bell. But, the good news does come at a price. Groupon has lost more than half its market value this year, with concerns of waning demand for its daily deals, as well as the company's accounting troubles. Revenue sits at $559.3 million, compared to $295.5 million in the first quarter of 2011. So we can see year-over-year revenue is up considerably.

Marketing costs are also lower, sitting at $117 million at the moment, from a year-on-year drop from $230 million in Q1 2011. Groupon has become more efficient at marketing, adding the same amount of customers in the first quarter, as they did in the previous three quarters, all whilst spending less.