Michio Kaku, a theoretical physicist has posted a video discussing the collapse of Moore's Law in around 10 or so years. It has been predicted before, with physicists predicting the end of Moore's Law for quite a while now, but Kaku's reasoning and the slowing down of processing power that we are seeing today definitely lends credibility to his claims.

If you're unaware of Moore's Law, it pertains to computer hardware, stating that the number of transistors that can be placed onto a integrated circuit board can be doubled roughly every two years. There's always been an 18-month time frame for this, where we see a leap of the previous-generation of technology. This modified cycle can be credited to Intel executive, David House, not Moore.

Kaku has predicted that in around 10 years, silicon power will be exhausted. Intel has already admitted Moore's Law is slowing down using silicon, one of the reasons behind us seeing Tri-Gate transistors used in Ivy Bridge CPUs, an effort to try and extend the effective life of silicon. Kaku attributes the problem as two-fold: heat and leakage. Intel processors of today have a layer that is almost down to 20 atoms across. Quite small. 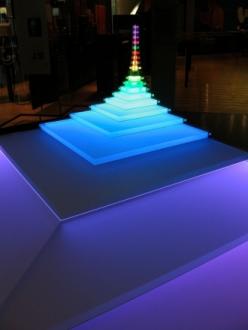 When this layer is shrunk down to around five atoms, "it's all over". When we reach this point, the heat that is generated will be so intense that the chip will simply melt. The other major concern is leakage, which means we wouldn't know where the electron is anymore. Where can we go from here?

Well, we have the options of optical computers, protein computers, DNA computers, molecular computers and quantum computers. All so very exciting! Kaku predicts that scientists will tweak Moore's Law within the next 10 years in order to extend its life.