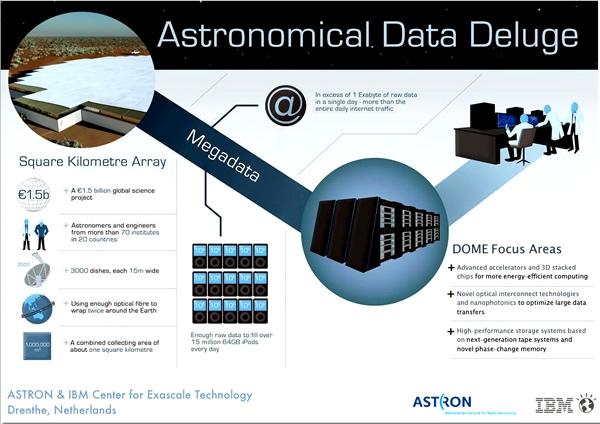 Even if we talk of parallel computing with GPUs, FLOPS of the peta-kind are just unheard of outside the insaneness that is supercomputing. This new IBM-built supercomputer cluster will enjoy the task of collecting, storing and analyzing exabytes worth of astronomical data on a daily basis. This means for each day it operates, the amount of data collected is expected to exceed the sum of raw data transferred through the entire Internet, globally. Still not impressed? Under ideal conditions, this new supercomputer could transfer twice as much as the entire Internet, globally. Wow, wow, and again, wow.

Some facts on the new IBM supercomputer: