According to The Verge, ASUS are working on a major Ultrabook refresh, which should slide right onto shelves close to the time that Intel unleashes their Ivy Bridge CPUs, with The Verge getting their mits on the full spec sheets, oh boy! 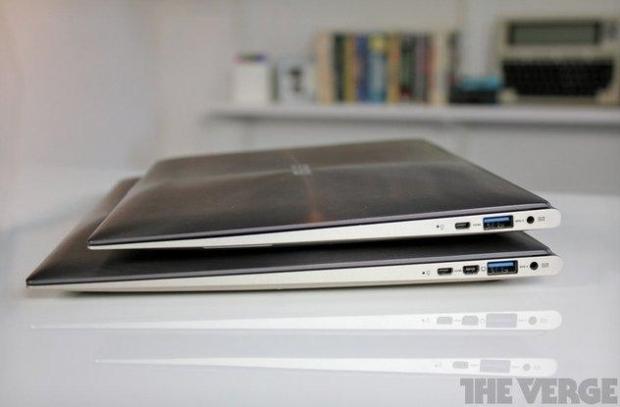 Currently, we have the UX31 and UX21, with the replacement models the UX31A and UX21A, respectively. The similar model numbers may fool some, but the upgrades are pretty serious. Matte screen options are said to be available on both new models, with the highest spec sporting a 1920x1080 resolution, with an IPS-based display. Hot. Another bonus is, that's for both the 13.3-inch UX31A and the 11.6-inch UX21A.

If you opt for the IPS-based display, you'll be greeted with 350 nits of brightness, with the LCD-based display only sports 300 nits of brightness, and a drop of resolutions to 1600x900 and 1366x768 for the UX31A and UX21A, respectively. Intel Ivy Bridge-based processors will be found inside the new ASUS Zenbooks, with the low-voltage (17W TDP) models making an appearance, from the simple Core i3 model, right up to the powerhouse Core i7:

You should also get a choice of either 2 or 4GB of 1600MHz DDR3L RAM, and unfortunately, no way to upgrade the memory after the purchase. Display-wise, we're looking at an Intel integrated HD Graphics 4000, with a SATA III SSD for storage. It's said that 256GB is the maximum supported, but 512GB has been tested.

Intel's Wireless Display (WiDi) should be built-in, as well as 802.11n, and Bluetooth 4.0. The keyboard is backlit, and has been described as having a "seamless chiclet" design. We're also looking at having an SDXC card reader, two USB 3.0 ports, and a Micro HDMI out. Battery life seems great, with between six and seven hours on the larger model, and around the five-hour mark on the UX21A.