MSI were one of the first to ship us a Z77 board to our Taipei Test Lab and in something new here at TweakTown which we are starting today, we are giving you an unboxing of it as an early preview before our full review gets posted later on. We hope to do several of these unboxing each week as long as everything goes to plan. 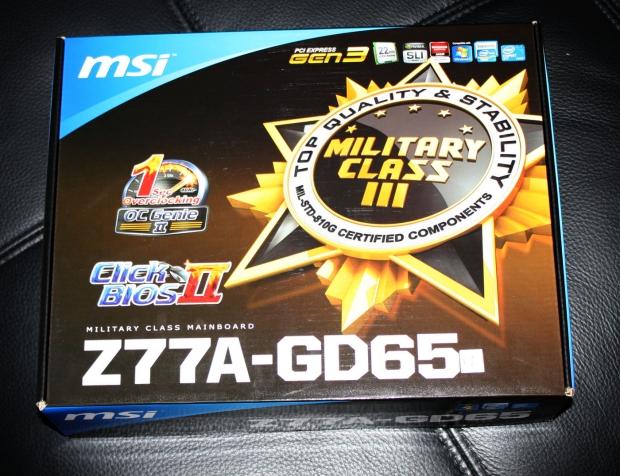 MSI sent us its Z77A-GD65 which is their mid-range Z77 board, but still comes packed with plenty of great features including PCI-Express gen 3 support, Military Class II, OC Genie II, Click BIOS II and much more. The motherboard itself looks brilliant with its stylish black and blue theme. It features passive cooling, but looks to be a rather solid cooling setup with impressive heatsinks, that also looks just great.

Check out the video above as we give you a full unboxing of the MSI Z77A-GD65. You can look forward to our full review in the future once the Intel Ivy Bridge platform goes on sale.