Mobile World Congress 2012 is just over a week away, and Qualcomm are out of the gate with a tease of their Snapdragon S4 SoC which is the world's first mobile processor built on the 28nm process, as well as the first to integrate 4G LTE which is made possible as Qualcomm's chips are custom-designed from the ground up using an ARM instruction set.

Some details on the smaller things found in the S4 have now been revealed by the company, such as the S4's camera, more specifically, the Image Signal Processor (ISP). The ISP sports advanced features that will allow any smartphone or tablet powered by Qualcomm's Snapdragon S4 to double as a high-end digital camera.

With the S4 chip, any device can shoot up to 20-megapixel stills, or 1080p @ 30fps video capture. Up to three cameras could be placed on the device, with the third capable of taking 3D shots. The S4's ISP also includes Qualcomm's proprietary 3A camera technology (Autofocus, Auto Exposure and Auto White Balance), which enables practical camera applications such as blink detection, smile degree, and gaze estimation. 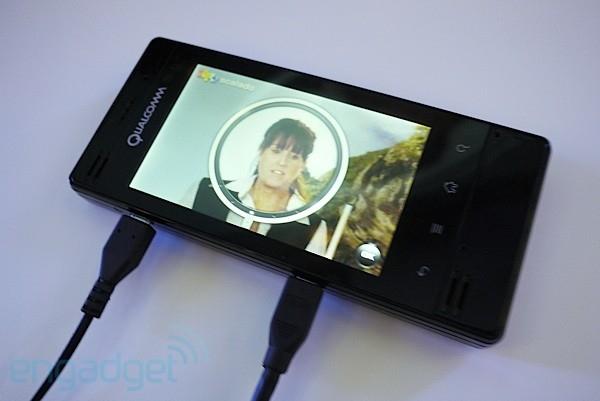 Gesture control is popular these days, with popular tech like Xbox Kinect boasting gesture-based controls. S4 can take advantage of this, too. By gesturing toward the device, waving your hand, moving your body or nodding your head, you can control a game or app from an S4-powered device.