With the on-going SOPA crap that the old fogies in the Government somehow think is a good idea, a team of hackers plan to launch their own communication satellite into space. The plans were detailed at the Chaos Communication Congress in Berlin. 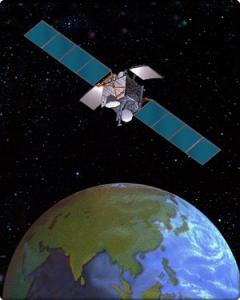 The Hackerspace Global Grid (HGG) want to send at least one satellite into low orbit to communicate with various ground stations, creating an independent network. Activist Nick Farr has said:

The first goal is an uncensorable Internet in space. Let's take the Internet out of the control of terrestrial entities.

The team expect to have no less than three prototype ground stations deployed in the first half of this year, with future devices to be produced and sold on a non-profit model. Estimated costs for these ground stations will be about $130 USD. HGG participant, Armin Bauer, says:

It's kind of a reverse GPS. GPS uses satellites to calculate where we are, and this tells us where the satellites are. We would use GPS coordinates but also improve on them by using fixed sites in precisely-known locations.

Whilst $130 for a ground station may sound cheap, its getting into space that's expensive. HGG's satellites would need to ride a rocket into space, or use a balloon to reach the unknown, where costs are very, very expensive. Even if it were done, and there were an array of satellites strategically placed in space, they wouldn't always be visible to tracking devices. Links between ground stations and satellites would be spotty, says Professor Alan Woodward.

That's not to say they can't be used for communications but obviously only for the relatively brief periods that they are in your view. It's difficult to see how such satellites could be used as a viable communications grid other than in bursts, even if there were a significant number in your constellation.