An update to the popular Infinity Blade 2 is coming soon, with lead designer Donald Mustard teasing that the update includes "Clash Mobs" which will let players all over the world play Infinity Blade 2 and fight enemies together in real-time. 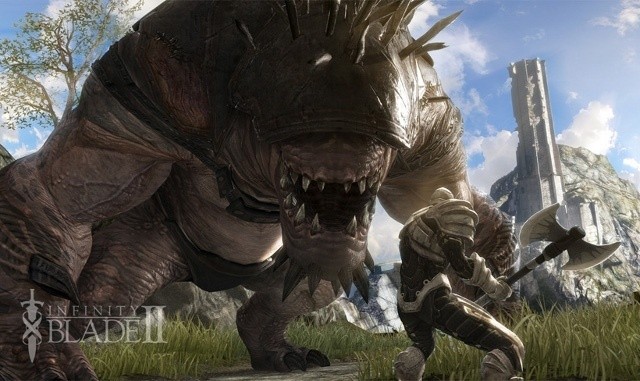 Clash Mobs will appear in an update of the game and incorporate players from all over the world. Right now, you play the game by yourself, but Clash Mobs will let you partner with thousands of other players in real-time to help you reach a goal in the game. If you're fighting a giant monster, there's only so much one player can do alone," Mustard said. "We want to make big challenges a group effort, so after you're done shooting the monster, another player can step in and work to finish him off. This could even take 24 hours, with lots of players stepping in to help.

Eventually, thousands of people will work together to defeat the game's enemy and everyone that helped will receive a collective gift. Mustard continues:

Whether it's a rare sword or extra points, we'll reward gamers for their collaborative efforts. We want gaming apps to be a massive social event, and this will be a step in the right direction," Mustard said. "The concept is already available on certain games such as Words With Friends, so we wanted to incorporate a social component to this role-play games, as well.

The update is said to arrive within the next six months.