Delivers a new Stereo 3D mode over HDMI 1.4a connections - 1080p at 30Hz is now enabled on supported displays.

Please be sure to select the "Restore Factory Defaults" option under the Catalyst Control Center Preferences menu before using the new application profiles feature - this ensures there are no compatibility issues between previous drivers and the new AMD Catalyst 12.1 Preview driver with regards to application profiles 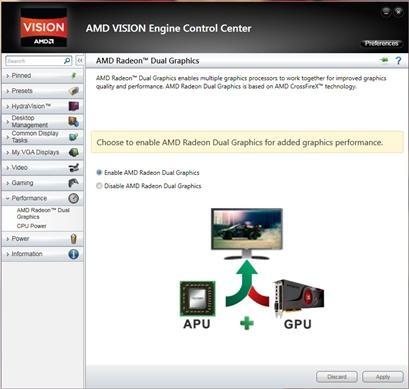