It was only hours ago that we found out Battlefield 3 had shipped 10 million copies with retailers begging for more, but straight from EA itself, we find out that Battlefield 3 has an estimated 5 million sold in its first week of availability. That is a bloody good number, but what most people want to know is how the numbers are split between the consoles and PC versions of the game. 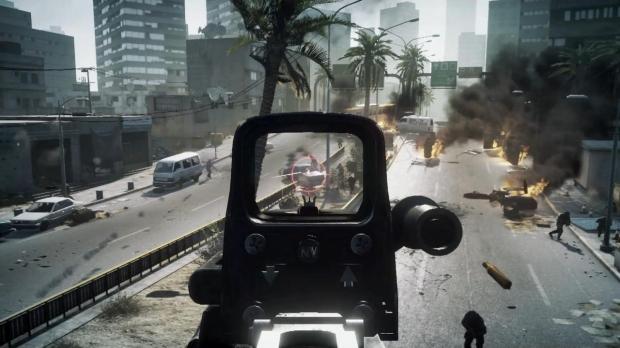 EA have also talked about the various stability issues with Battlefield 3 which have haunted it since the start. EA told Ars Technica:

We are happy to report that we had a great weekend with server stability at roughly 98.9 percent. While some players experienced intermittent outages of online services due to high volume, internal estimates show that servers and service stabilized, ensuring that players were connected and enjoying the game, with a commitment to support the game as a software service, EA is listening to consumer feedback and is making daily updates and improvements to ensure an optimal online experience for all.

EA have said that Battlefield 3 has exceeded their "best expectations" coming out of the beta, and EA does note that they are finding new ways to "optimize and improve" the game's performance now that the system is operating under a full load.

Hey, EA/DICE, how about you fix the multi-monitor issues first? There are hundreds of people (and most likely thousands more) with the best of the best setups, that had no issues in the Beta, but cannot use their setups in the retail release. I'm stuck to a third of my monitor size and resolution until this is fixed.

But the game is fan-friggin-tastic, even with the issues - I know they'll be fixed eventually.