Gizmodo have a news piece where Lisa Bettany has taken the same picture with every iPhone (the original, 3G, 3GS, 4 and 4S) to see the differences, and PetaPixel stiched them together to show you just how much the camera has improved from each generation. 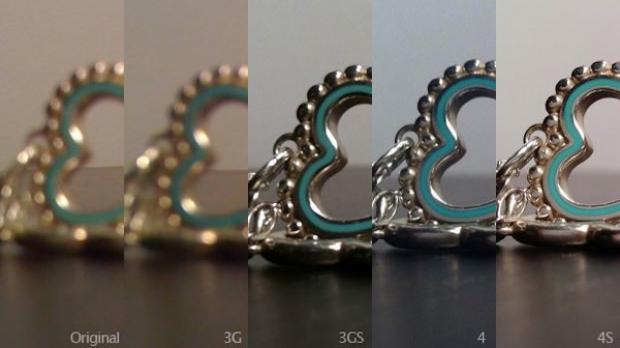 As we can see from the above picture, the original to the 3G was not that much of an improvement, but the 3GS is when the iPhone became a serious photo-snapping camera. The iPhone 4 is another step up in quality, but the iPhone 4S... very, very nice indeed. Lots of detail, near-perfect quality when compared to even the 3GS and blows the 3G and the vanilla iPhone out of the water. Back when the original iPhone came out, most people had point-and-shoot cameras, but these days? There's just no real need if you take pictures in a non-serious, I-don't-need-a-DSLR way.