GIGABYTE has just walked into a room and they've got their latest board on them, as they've walked through the metal detectors, a security guard has asked them "Do you have any metallic items, keys, loose change", and just as they've whipped their trench coat open to not reveal an arsenal of weapons as Neo did in The Matrix, they've shown a gun against their thigh underneath their stocking. 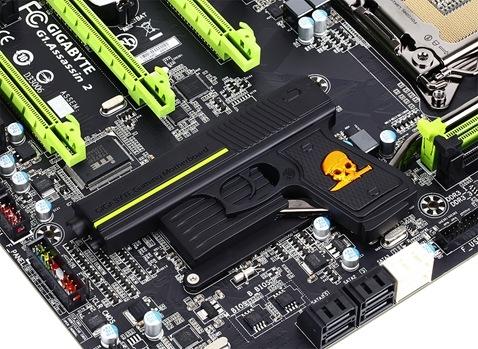 Enter, GIGABYTE's X79 series motherboard, the GIGABYTE G1.Assassin 2. Just look at that heatsink array... it is shaped like a damn pistol! GIGABYTE, why have you done this? It just makes you even more awesome than you were before. The G1.Assassin 2 sports the X79 chipset, which is set to support the upcoming LGA2011 socket CPUs. The board itself features Bigfoot Networks' Killer E2100 platform, as well as an on-board Creative Soundblaster X-Fi digital audio processor. 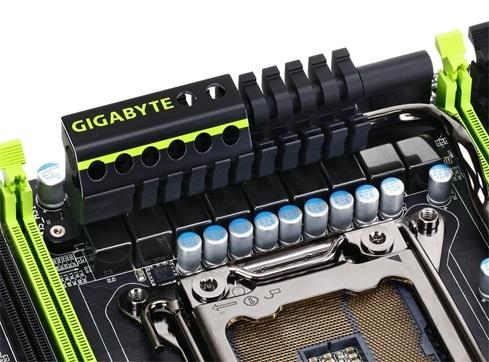 But its the revised 'Locked and Loaded' heatsink array that will attract people to this motherboard. You can't call the board an Assassin if its not deadly. The previous Assassin board sported an AK47-themed clip, and now this one takes it up a notch to a pistol. 'Locked and Loaded', GIGABYTE surely are ready, taking aim at the competitors motherboards, literally.