YouTube, if you didn't already know, is seeing 3 billion videos viewed, per day. But, its also seeing 800 million people per month visiting the site, Google revealed in their third-quarter earnings report. Today, YouTube is announcing the ability to sell merchandise, tickets and more via the site. The new feature is called Merch Store, where YouTube partners will be able to sell artist merchandise, digital downloads, concert tickets and other experiences to fans and visitors. 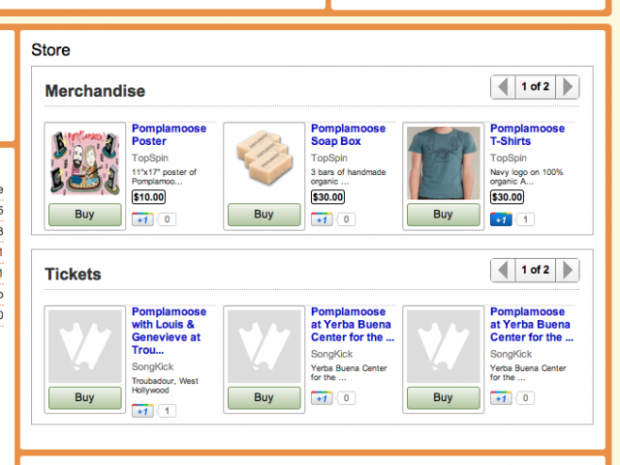 YouTube has partnered up with a number of companies to launch these stores. Topspin is helping power merchandise sales, concert tickets and experiences; SongKick will dabble in selling tickets for concerts; and iTunes and Amazon will power transactions for music downloads. YouTube says the Merch Store will rock out to music partners globally over the coming weeks. YouTube remained silent on what the financial split will be for these sales, but did say that it takes a small percentage of sales just to cover costs.

However, the artist gets the same revenue no matter if they go through the Merch Store or through the affiliate on other channels. The new feature of the merchandise sales, ticket sales, digital downloads and more, really adds a few angle for artists with their fans. YouTube has now transformed from a place where people would visit just to watch music videos, to something that could really change up the industry for both fans and artists alike.