Often we'll see the release of yet another notebook cooler into the market that does little to stand out and impress us with anything we haven't already seen before. However, Thermaltake have stepped forward in radical fashion and announced today something that does indeed have its eye catching attributes straight off the bat. 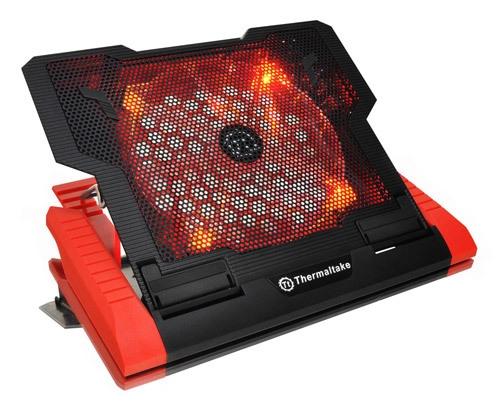 Appropriately dubbed the "Massive 23 GT" notebook cooler, it sports a beefy 200mm fan which can operate between 5 and 800RPM, giving up to 24 dBA of sound output. The overall unit measures 352 x 293.1 x 41.4 mm, weighing in at 907 grams and supports notebooks sized anywhere between 10 and 17 inches. 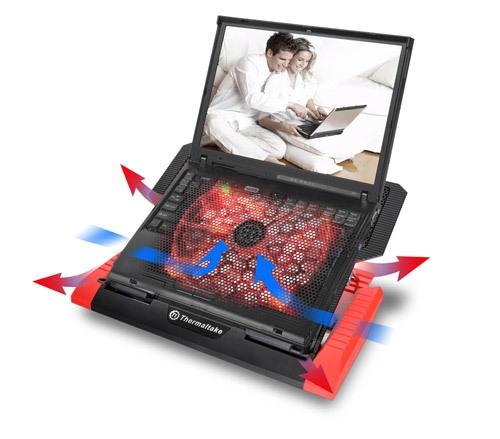 Thermaltake has constructed the eye catching red and black themed Massive 23 GT notebook Cooler out of a mixture of metal and plastic, giving it anti-slip rubber feet, a flip-up valve design with five angled settings and a built in two-port USB 3.0 hub for extra devices.

Thermaltake is hitting the market with the Massive 23 GT later this month. Pricing was not yet disclosed.