No matter how much you try to convince people that "the more memory, the better" when it comes to graphics cards is a somewhat fuzzy statement, the idea of having your card crammed with as much memory as possible is just too hard to pass up for some folks, hence add-in partners sometimes going a little overboard in this respect.

On that note, it seems NVIDIA card partner Point of View is looking to break some kind of record with a new GeForce GTX 550 Ti offering, packing it with not 1.5GB, not 2GB, but a whopping 4GB (!) of memory - equating to 4 times the amount on the reference model. 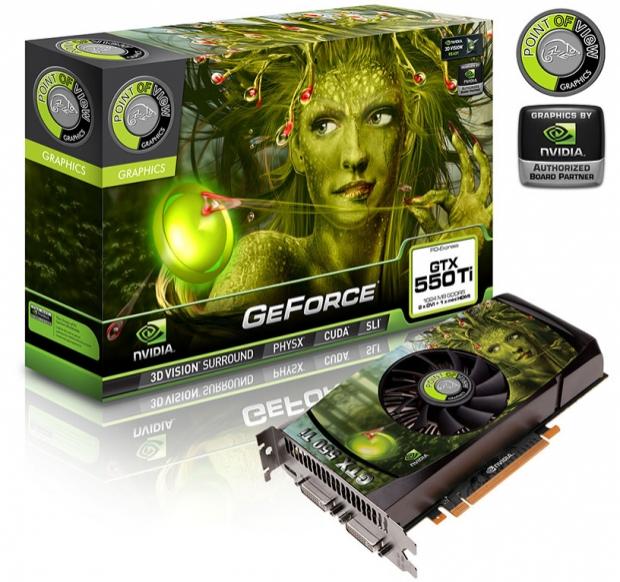 Such a large increase in memory would be questionably logical on a high end model, but on a mid range card with only a 128-bit memory interface, it does very much seem overboard indeed. It also needs to be mentioned that the memory used isn't the usual GDDR5, PoV took a shortcut here and went for DDR3, clocked in at 1066MHz. Meanwhile, the core runs at 900MHz, with its 192 CUDA cores operating at 1900MHz.

The card is now available for pre-order in Europe at €113.