A new social media film project has been given the green light By collaborators Intel and Toshiba to kick off from July 25th onward in the form of multiple short episodes with a casting call already running from today through to the 20th of this month to identify a new character to be included in said film.

The film, "Inside", is centralised around Christina (played by Emmy Rossum) who is trapped in a room with only a Toshiba Satellite P775 series laptop and an untraceable internet connection. With no idea where she is located or what her fate might be, she uses the laptop to launch her social network, reaching out to friends, family and anyone else who can help her figure out where she's being kept and how to get out of there.

This is the first film of its type in that it helps engage its audience by enlisting them to be a part of the film through social media. 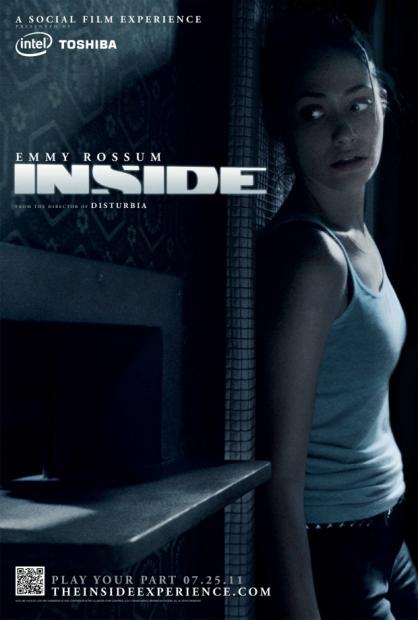 Viewers are encouraged to connect with Christina, tweet clues and post advice to her Facebook wall. The film will air in short episodesstarting on July 25. During this time, viewers will be invited to activate their social channels and help decode Christina's dilemma by posting tips, insights, ideas and clues. The editing team, led by Emmy-winning editor Josh Bodnar, will incorporate posts that best fit the storyline into the episodes.

Additionally, one viewer will have a chance to be cast in a role through a YouTube online casting call that opens today and runs through July 20. The winning video submission will be incorporated into the movie and the winner will be included in the credits of the film.

The official movie trailer can be viewed above, and you can read the official announcement from Intel today or at https://www.theinsideexperience.com for more information.